A second screen web-application that lets the audience play along with a TV quiz show - live and in real-time, directly inside the web browser.

AS LIVE AS IT GETS

During may/april 2014 a live TV show called “YPD Challenge” was broadcast by Austrian TV station “Servus TV”. We developed a corresponding second screen web-application that enabled the audience to play along to the show directly in their web browser of choice – on any device, be it a smartphone, a tablet or a more “traditional” setup like a laptop or desktop system. The users were challenged to answer the same questions that were asked in the TV show at exactly the same time. This gave them a chance to compete directly with the show’s candidates.

JUST SECONDS AWAY FROM THE ACTION

The App required no downloads or plug-ins at all. The viewers learned about the app while watching the TV show – and in a matter of seconds they were able to start the game on their second screen and play along – live and in real time. Television and second screen gameplay interlocked in a way that had never been experienced by the audience before. 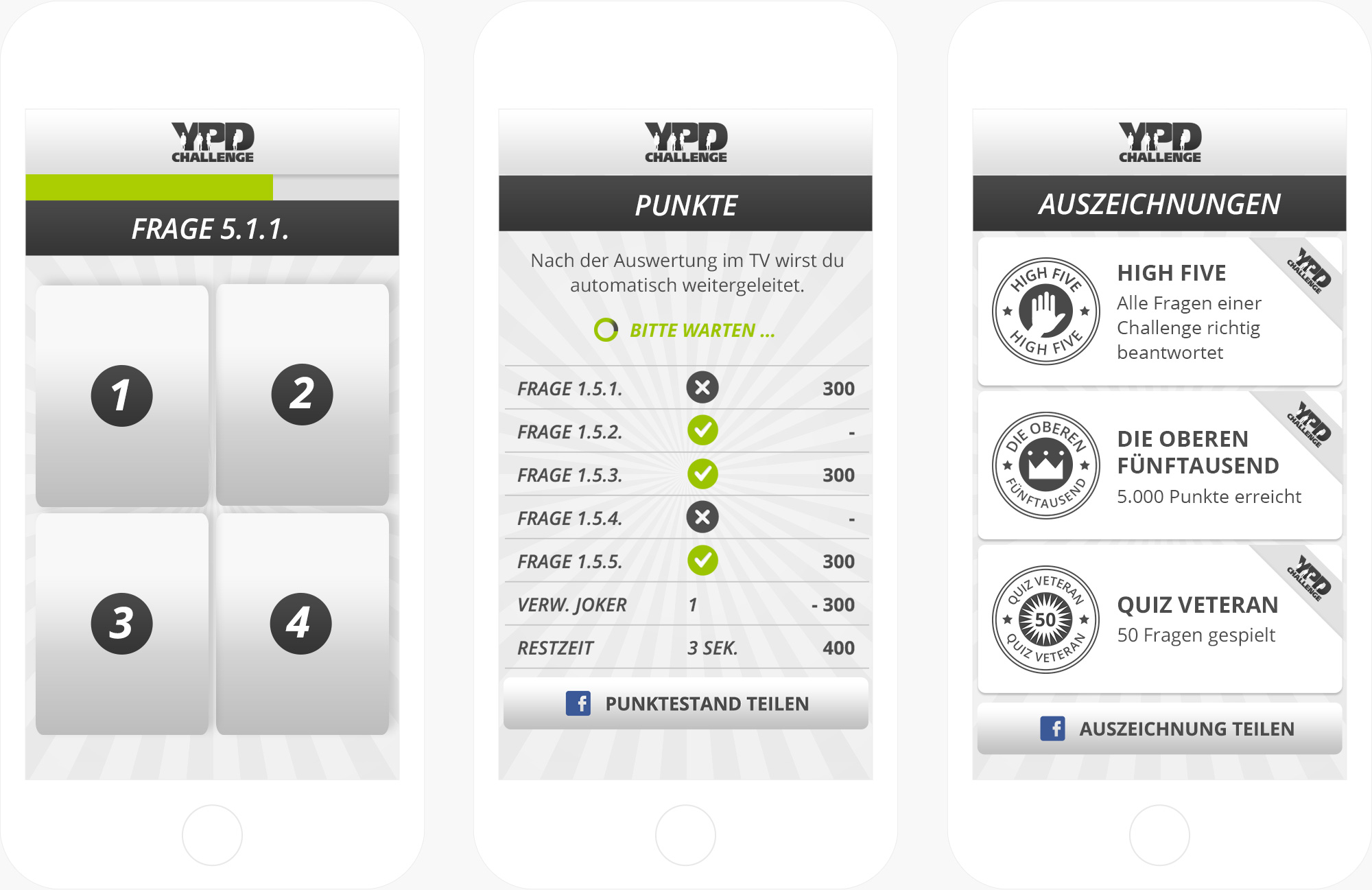