“Jack has vanished. Help us find him and win 24.000 €”. – That’s the premise behind this award winning online-campaign promoting the newest season of “24” on German free TV.

A GAME OF DRONES

We asked the users to place virtual drones on an interactive map of Europe - wherever they thought a recently abducted Jack Bauer might currently be hidden. Jack’s location changed constantly, so the users’ drones had to be sent to new and different locations time and again.

IT PAYS TO PAY ATTENTION

In order to actually find Jack, the users had to follow a trail of short video clips - delivered via TV and social media - containing audio-visual clues to Jack’s current whereabouts.

The users who were able to decipher the clues ended up sending their drones all over the continent and back – in order to win the 24.000 € promised to the owner of the one drone who would reach Jack first. 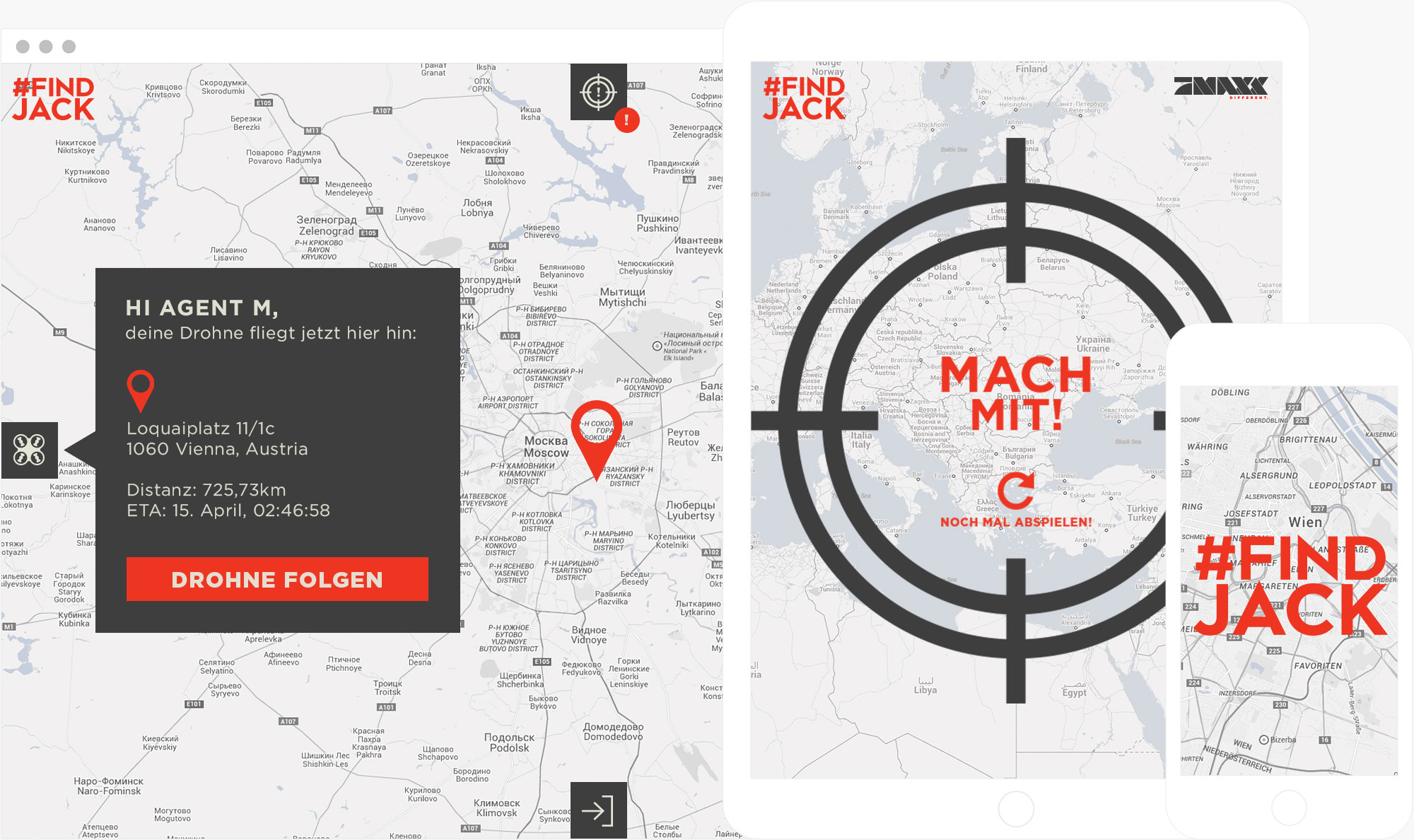 After a final nerve-wracking 24 hour countdown, we were able to announce the lucky winner on TV, right before the start of the very first episode.

The campaign ended in a classic win/win scenario: When all was said and done, we also got to be lucky winners: In 2015 #findjack won the Eyes & Ears award for “Best Interaction Campaign”.